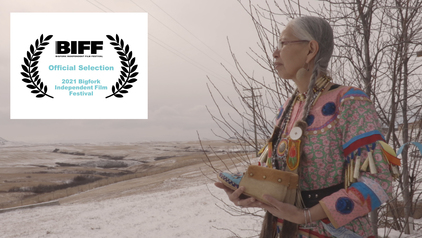 Congratulations to Lucia Riciardelli as her film Portrait of a Pawnee-Cree Moccasin Maker: John Murie's Artistic Wisdom was selected by the Bigfork Independent Film Festival!

Portrait of a Pawnee-Cree Moccasin Maker is a participatory and collaborative documentary film about Native American artist John Murie, who is making a name for himself as a uniquely talented contemporary moccasin maker. Besides being hugely popular for their quality and exquisite designs, John’s handmade beaded moccasins are also a vehicle to better understand, appreciate, respect, and recognize Native American culture, helping to preserve and enhance access to Indigenous heritage.

Congratulations to the winning films at the 2021 BZN International Film Festival! 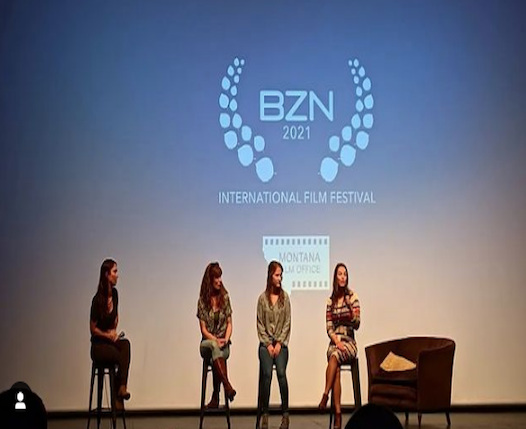 Youth v Gov,produced and directed by MFA alum Christi Cooper and involved 12 alums from both the undergrad and graduate programs, was cited for its Impact Campaign.

In the Grand Prismatic Category the MFA has two alumni honorees: Professor Colleen Thurston of the University of Arkansas and Roshan Patel,media producer for Smithsonian’s National Zoo and Conservation Biology Institute.

Congratulations to all of the filmmakers recognized for their hard work!

Congratulations to Jeanette Goodwin on her nomination for August's The Corgi Award. We're incredibly grateful for Jeanette's kindness and dedication to the SFP Community.

Congratulations to Jeanette & Sassy Goodwin on their retirement. We're so grateful for their guiding influence on the SFP community over the past years. We're wishing you a relaxing retirement! 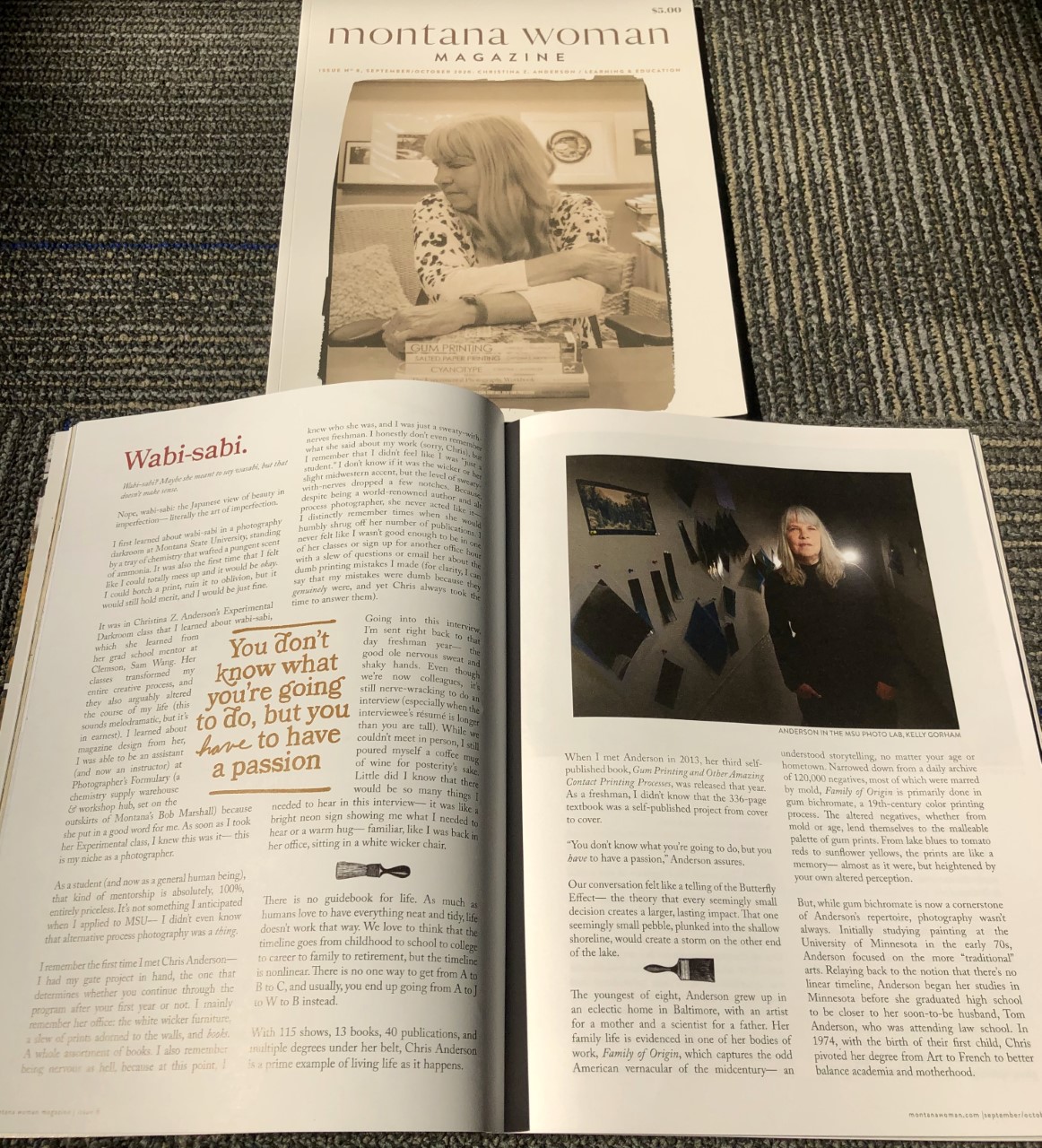 Montana Woman magazine, owned and edited by photography alumna Megan Crawford, features our photography faculty Christina Z. Anderson on the cover.  Inside is a wonderful article entitled "Wabi-sabi" about Chris and her journey with experimental photography. Montana Woman issue 8 is available online.

Filmed over the summer of the 2017 total solar eclipse. On this occasion, Henry Realbird, an Elder (Apsáalooke) and Cowboy Poet in a stream of consciousness speaks to the importance of dreams and visions. Funded bythe Montana Film Office. Shot on 16mm Film in Crow Country, Montana.